In 2008 a baby screech owl, believed to have fallen from a nest, was discovered by two individuals out for a walk in Mount Hope Cemetery. Luckily for the owl, a member of the Friends of Mount Hope Cemetery was at the cemetery. Licensed State and Federal Government wildlife rehabilitation expert, Leland Brun, was contacted and the baby owl was moved to his facilities for proper care and nourishment. The owl was fed a diet of mice and mealworms, and two months later the fully developed owl was released to the wild.

Mr. Brun had never visited Mount Hope Cemetery so arrangements were made. His walk through the cemetery proved to be very insightful not only to Mr. Brun but to the representatives of the Friends who accompanied him as well. It turns out that Mount Hope Cemetery is an ideal environment for owls, as well as many other species of birds. A partnership of sorts was entered into. With funding provided by the Friends of Mount Hope Cemetery, six owl boxes were constructed and placed in suitable areas throughout the cemetery. Two boxes are equipped for possible camera installation for photographing any baby owls that may hatch within the nest box. As the 2009 nesting season approaches, we wait excitedly for the possibility of observing the raising of one or more screech owl broods. 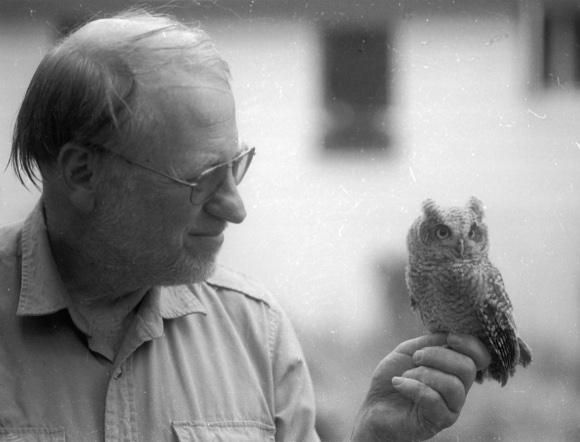