Formed by glaciers, Mount Hope Cemetery's landscape features high hills and deep valleys, winding eskers and deep kettles. Since the cemetery's dedication in 1838, a third of a million people have taken permanent residence in this 196-acre site.

Formed by glaciers, Mount Hope Cemetery's landscape features high hills and deep valleys, winding eskers and deep kettles. Since the cemetery's dedication in 1838, a third of a million people have taken permanent residence in this 196-acre site. In this historic cemetery you will find stately mausoleums dug deep into hillsides and myriad examples of Victorian funerary art reaching toward the heavens. Stone, bronze, and zinc monuments include soaring Egyptian obelisks, miniature Greek temples (one sleeps 20 with a lot of dancing room left over), winged angels of mercy, draped urns and broken columns, Gothic towers, and sculptures of everything from Christian saints to favorite pet dogs. They all gloriously decorate more than 350,000 graves that send a mighty chorus of hope heavenward. In spring and fall, Mount Hope becomes a stopover for migratory birds. In summer, a high 1875 Florentine fountain cascades water from lions' mouths down through three basins held up by cast-iron caryatids. 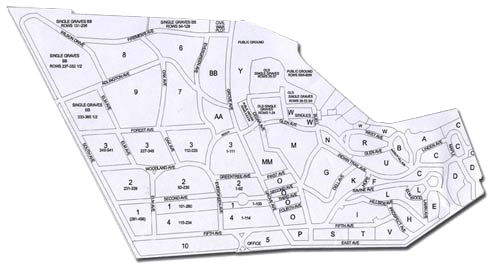 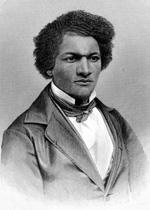 Section T-26; prominent abolitionist and social reformer, Douglass printed the antislavery newspaper the North Star in Rochester from 1847 to 1860. As a powerful orator, he was in demand as a speaker, putting him in the forefront of the abolitionist movement. His grave is marked by a large rectangular granite slab with metal raised metal lettering and two rosettes. A smaller granite slab is to the side for his second wife, Helen Pitts Douglass (1838-1903), who married Douglass in 1884. She was also a social reformer and founder of the Frederick Douglass Memorial & Historical Association (1900). Her stone is also a plain granite slab, but with incised dates and lettering. Behind the stones is a family monument erected by sons Lewis and Charles Douglass. The front facing inscription is dedicated to Frederick Douglass and an inscription on the side is for their mother, Anna Murray Douglass (1813-1882), who was also active in the abolitionist movement. Records state that she is buried in Mount Hope in the same lot, but no smaller marker indicates her burial spot. The monument is of a rectangular granite block on a two-tiered granite base with Douglass in raised letters. The top is a hipped cap with a rolled top edge, front facing decorative pediment and scrolled edge decoration just under the cap base. 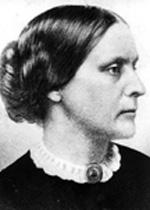 Section C-93; a social reformer and women's rights activist, who traveled the country lecturing and advocating for social issues for more than half a century. She moved to Rochester in 1845 with her parents, Daniel and Lucy Anthony and lived in the city for the remainder of her life. She attended the Rochester Women's Rights Convention on August 2, 1848, continuing her fight for the cause. In the federal election of 1872, she attempted to vote but was arrested. In January 1873, she was indicted and subsequently tried, convicted and fined. Anthony became a powerful symbol of women's suffrage and equality for generations of women. On election day in November 2016, when the first female candidate was officially running for president, long lines of voters waited for hours to visit her gravesite, some leaving "I Voted" stickers at the site. Her gravesite is in the forward part of the Anthony family plot alongside her sister, Mary. Both stones are marble round edge markers with a rounded edge bead, raised name lettering, and resting on newer granite platforms. Behind the stones is the rectangular granite family monument with raised name lettering on the base and raised lettering (liberty, humanity, etc.) on the edge of the hipped top. Family names and dates are engraved in the main part of the monument and correspond to smaller marble headstones around it. 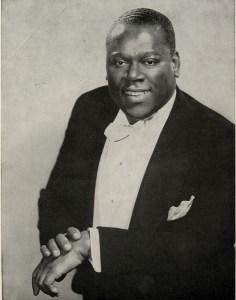 Section AA-2; best known for his role in the 1951 film Showboat, Warfield was a musician and educator who attended the Eastman School of Music in Rochester. After serving in the army during World War II, he continued his music education and later embarked on an international recital tour. Following his role as Joe in Showboat, he toured Europe as a State Department ambassador performing the role of Porgy in Porgy and Bess. He was much in demand as a soloist, which he balanced with teaching music at the University of Illinois (Champaign-Urbana). Warfield also served as president of the National Association of Negro Musicians. After his death in 2002, the William Warfield Scholarship Fund was established at the Eastman School of Music to support African American classical singers studying at the school. Warfield's grave marker is a long granite slab with his name and dates inscribed along with the words Uncle Bill Old Man River. He just Keeps Rollin' Along. Below the words is an etching of a Mississippi riverboat. At the head of the slab is a metal veteran's marker with Warfield's name, rank and dates of service. 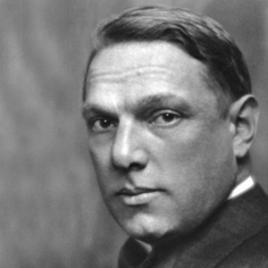 Section C-215; nationally recognized landscape architect and author, with over 700 landscape designs to his credit, including plots in Mount Hope Cemetery for the Drescher, Gannett and Sibley families. Steele was from Rochester and studied landscape architecture at Harvard (1907-1909) after graduating from Williams College. He began his career working with noted Boston landscape architect Warren Manning before going into private practice in 1915. He was a prolific writer and lecturer on the subject of garden design. One of his most famous designs was for Naumkeag, the private estate of Ms. Mabel Choate in Stockbridge, Massachusetts. In addition, Steele designed many residential properties and gardens in Rochester. Steele's own plot contains four granite markers, copying the old-style burial marker of round shouldered slabs with a rounded center. His stone is etched with an urn with flowers on a background of leaves and foliage, which continues partly down the sides. His names and dates are inscribed in the center of the stone. 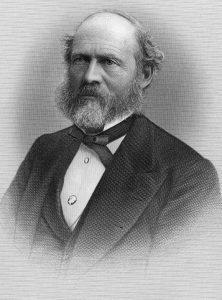 Section F-65; educated as a lawyer at Union College (Schenectady, New York), he later became a social theorist who pioneered the field study of anthropology and ethnology. He was known for his studies of Native Americans, especially the Haudenosaunee (Iroquois) and the Ojibway.

Morgan's studies focused on kinship and community, attracting international attention. Morgan was also one of the founders of the University of Rochester. The Morgan plot consists of an in-ground vault style mausoleum with a Gothic sandstone facade. The entrance is sealed and set into a compound Gothic arch, flanked by two shallow niches and corner buttresses with cross gabled pinnacles. A stone balustrade with quatrefoils spans the top of the mausoleum. A sandstone retaining wall extends from each side of the facade. 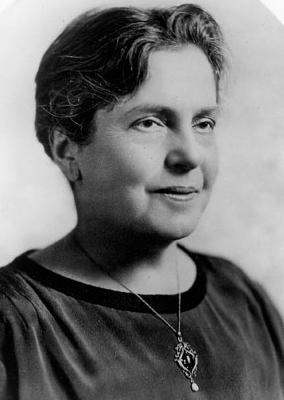 Range 3-34; nurse, humanitarian, civil rights and peace activist who established the field of public health nursing, beginning in 1893 with the founding of the Henry Street Settlement in New York City. She founded the Visiting Nurse Service of New York. She helped start the Women's Trade Union League (1903), was one of the founders of the National Association for the Advancement of Colored People and helped organize the Women's International League for Peace and Freedom (1914). On her headstone is the Far East-inspired insignia she had designed for the Henry Street Settlement to signify “we are all one family.” The marker is round topped with a beaded edge on a two-tiered base, as is her sister's, Julia Wald Cordley. 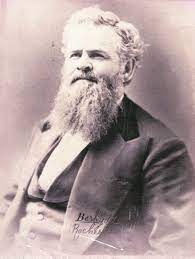 Section S-54; pioneer of fish farming (pisciculture) who established the first fish hatchery in the United States, developing the technique of dry impregnation of fish. He worked for the New York State Fish Commission, eventually becoming superintendent of fisheries for the State of New York. His cemetery plot is dominated by a tall monument with a female figure with her arm raised to heaven and holding an anchor in the other hand, symbolizing hope. Names of family members are engraved on the sides of the monument and the base has Seth Green in raised letters. Green's grave is marked with a small granite headstone with Father in raised letters on the top and Green's name and dates inscribed on the front.  His 1864 fish hatchery is in Caledonia, Livingston County, New York, and is now operated by the New York State Department of Environmental Conservation. 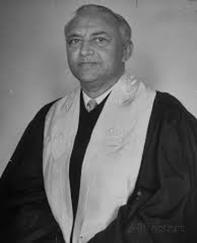 Section 7; humanitarian and long-time rabbi of Rochester 's Temple B'rith Kodesh, Bernstein was a native of Rochester who graduated from Syracuse University and the Jewish Institute of Religion in New York City before returning to Rochester in 1926. He was a founding member of Rochester's Interfaith Good-Will Committee, and a nationally known speaker and author dedicated to combating prejudice and bigotry and to fostering understanding and cooperation between Christian and Jewish communities. He was a leading voice in calling attention to the plight of European Jews before and after World War II. His work with the Displaced Persons camps in Europe resulted in the resettling over 200,000 displaced Jews in the United States after the war. During World War II, Bernstein served as the chair of the executive committee of the Committee on Army and Navy Religious Activities. 66 His marker is of polished pink granite, bearing the names and dates of Bernstein and his wife, Sophie.